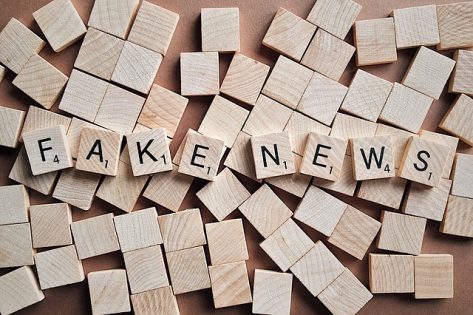 False information sways elections, and social media makes it worse. So governments are rushing through laws to block “fake news.” But in Southeast Asia, these laws will do more harm to elections than fake news.

Asia is the new battleground for the digitization of elections and social media use. Social networking platforms are remaking the idea of what is public in democracies and autocracies alike. Social media, data scraping, and algorithmic learning are all modern tools that influence electoral campaigns and have cross-border effects. As the recent Cambridge Analytica Facebook data scandal shows, a lack of regulation and good practices leads to confusion, chaos, and unfair electoral outcomes. But in many Southeast Asian countries, the remedies are worse than the disease.

As Christopher Walker of the National Endowment for Democracy warns, a “new authoritarianism” is emerging. Autocracies can use the very tools of democracies, so-called “soft power,” against them through information warfare; influencing public opinion and elections through big data and sophisticated microtargeting techniques.

Walker further argues that autocracies learn from each other and exploit globalization to undermine democracy. They use a range of tactics, including foreign aid, “zombie” election monitoring, using economic and business ties to export corruption, and media control and manipulation. This phenomenon, which he describes as “sharp power,” involves the deceptive use of information for hostile purposes.

Disinformation can now be spread at a faster speed and lower cost.

While the manipulation of ideas, political perceptions, and electoral processes is nothing new, what is new is that disinformation can now be spread at a faster speed and lower cost. Mainstream media has to employ speedier reporting and contend with the dissemination of news by anonymous netizens in contesting alternative narratives and fighting fake news.

Anti-Fake News Bills Around the World

Governments are increasingly concerned with how counter-narratives, disinformation, and fake news discredit elections.

In June 2017, Germany passed the Network Enforcement Act, allowing its citizens to report unlawful online content. The legislation puts social networks at risk of up to 50 million euros (US$60 million) in fines if they do not remove fake news and hateful posts promptly.

Similarly, the Italian government created an online portal where people can report hoaxes. France is discussing a fake news bill whereby judges will be allowed to censor fake news stories before elections, and the media will have to reveal the identities of their content sponsors. These measures are meant to boost transparency, in response to Russian meddling in the 2017 French presidential elections.

Countries in Southeast Asia are also scrambling to develop new rules and strategies to combat the spread of hate speech and disinformation. Social media has created new opportunities for influence operations and mass manipulation of opinions that could lead to libel or defamation lawsuits, unfair electoral outcomes, and violence.

Controversial Bills in Singapore and Malaysia

In April, Malaysia passed an anti-fake news bill to sanction those who publish or spread “any news, information, data and reports which are partly or wholly false.” With this bill, those considered guilty of creating or spreading fake news face jail terms of up to six years and fines up to US$130,000. Particularly concerning is that the law gives the Malaysian government extraterritorial reach. This means that the law is likely to apply also to non-nationals and nationals outside of Malaysia, as long as the “fake news” concerns Malaysia or a Malaysian citizen.

According to the new bill in Malaysia, an offender is somebody who “knowingly creates, offers, publishes, prints, distributes, circulates or disseminates any fake news or publication containing fake news.” The broad and vague definition of fake news and its practitioners essentially gives the government free rein to censor and suppress freedom of expression. In addition, the bill neglects to specify how to deal with situations where the government is the one disseminating disinformation. Critics are also concerned that creators of satirical content may now be prosecuted.

In March, neighboring Singapore concluded days of public hearings on all-encompassing legislation to curb online disinformation. The Singaporean government claims that existing laws cannot cope with the speed and scope of social media and proposes a zero-tolerance approach to fight fake news. However, 162 written responses and hours of testimony by academics, activists, and journalists argue that fake news is far too complex to focus on the suppliers alone. Dissenters believe that the wide range of existing libel and defamation laws is sufficient to deal with fake news. Despite these protestations, it is expected that Singapore will introduce a bill to combat what the government deems to be disinformation.

The Chilling Effects of Casting Too Wide a Net

These efforts targeting only the suppliers of fake news could lead to censorshipand have chilling effects on free speech. At the heart of the problem is a broad definition of what constitutes fake news and who an offender could be. As Claire Wardle of First Draft reminds us, much of debated online content is not fake, but rather used out of context or manipulated. Wardle also contends that the term “fake news” is inadequate in capturing the complexity of the problem. She suggests categorizing “information disorder” according to its level of truthfulness and intention to cause harm into seven categories, including satire, manipulated content, and fabricated content.

Targeting only the suppliers of fake news could have chilling effects on free speech.

Improper responses to fake news contribute to the backlash against the liberal world order and democratic regression. As Malaysia, Cambodia, and Thailand prepare for elections in the coming months, we are likely to see an arsenal of strategies deployed to tilt the playing field and help incumbents remain in power. These governments seem most concerned about fake news related to elections, but if the issue is not addressed properly and comprehensively, online falsehoods will change the public sphere in democracies and autocracies alike.